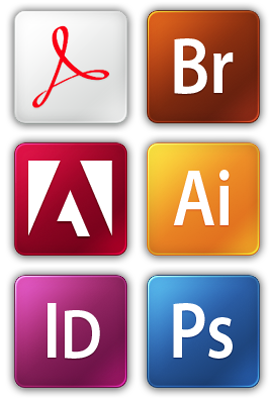 We use the best tools to get the job done.

Adobe Bridge is an organizational software application created and released by Adobe Systems as a part of the Adobe Creative Suite, beginning with CS2.

Adobe Photoshop is a graphics editing program developed and published by Adobe Systems.